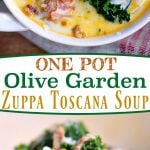 One Pot Olive Garden Zuppa Toscana Soup! Comfort food at it’s best! Loaded with bacon, sausage, potatoes, and kale! So delicious and filling, the whole family will love this soup! Don’t forget the dinner rolls or crescent rolls to serve alongside this delicious soup! 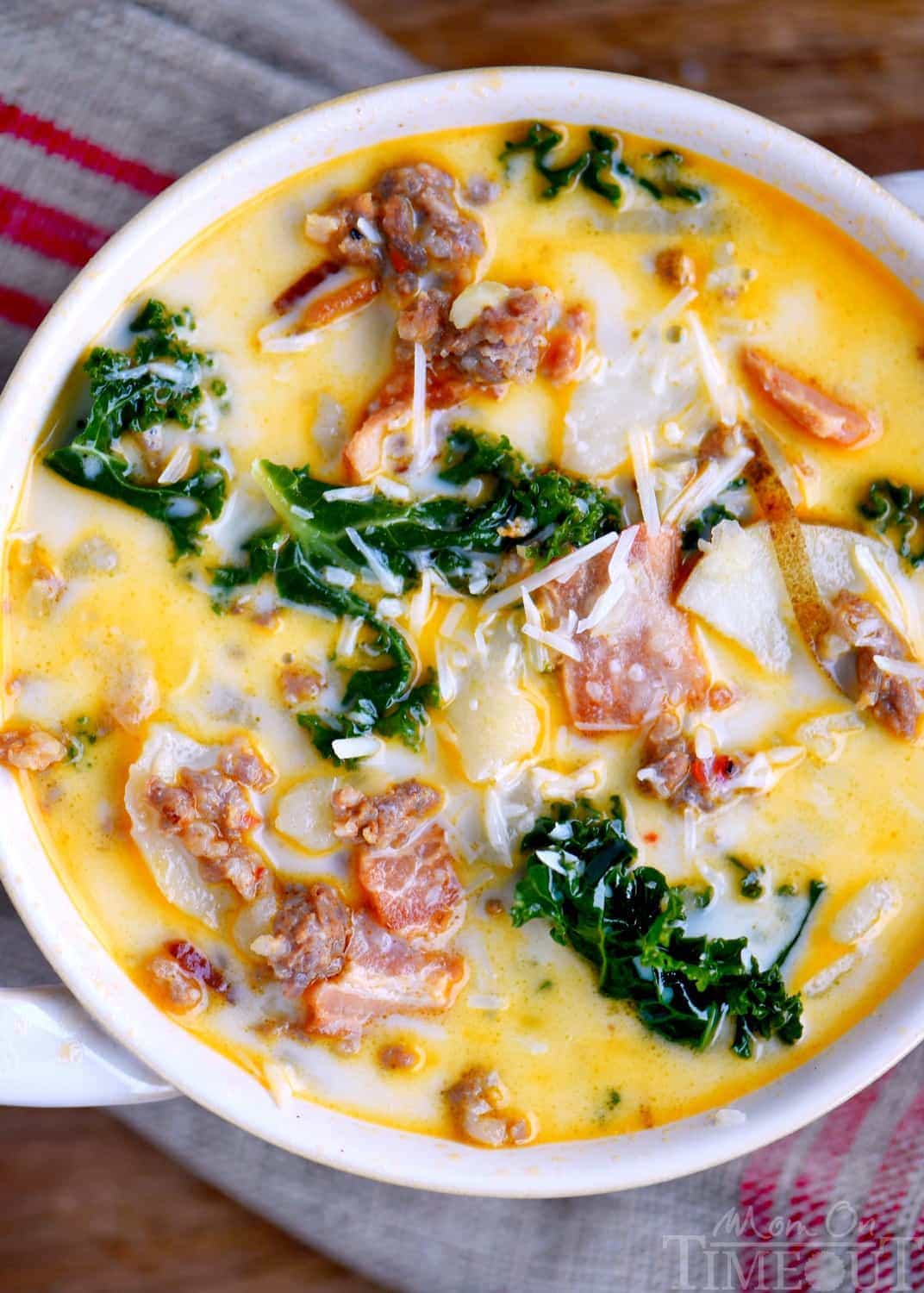 Back in November of 2011, I shared the recipe for my favorite soup ever, Olive Garden’s Zuppa Toscana soup. It went bananas and has since been one of the most popular recipes on my site. It’s a recipe that I make at least once a month and more like once a week during the winter. My whole family loves it and you guys do too!

After numerous requests, I shared a slow cooker version of the soup in 2014. That version has also been insanely popular and well-loved by my readers.

Here we are in 2017, and I am now sharing a one pot version that makes this soup so simple and easy, you’re going to make it more than ever. Instead of baking the bacon and browning the sausage in the oven, everything is done in one pot. I used my new dutch oven that my Dad got me for Christmas! I love how all the drippings from the sausage and bacon add so much flavor to the soup! It’s fantastic!

I also doubled the amount of kale. For some reason, my boys think this is the best part of the soup… Who am I to argue? I love buying the pre-chopped kale to make things easy. I also use a mandoline for slicing the potatoes. It takes about one minute to have them all perfectly and uniformly sliced.

I add a bit of crushed red pepper flakes to the soup as well as a bit of salt and pepper. Totally optional. The soup already has a lot of salt from the bacon and heat from the spicy Italian sausage so feel free to omit if you’d like. 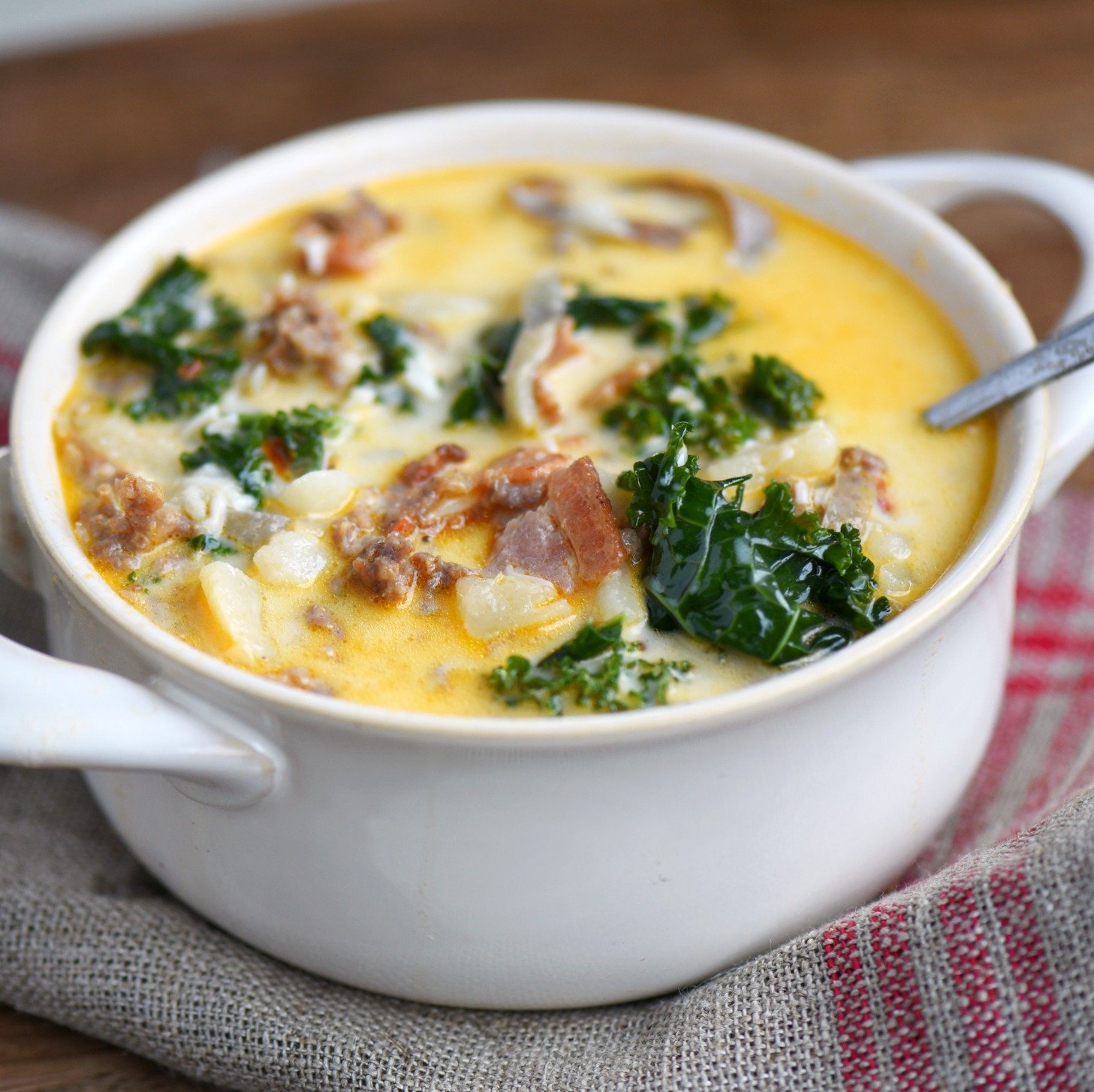 I know you’re going to go crazy for this one pot Olive Garden Zuppa Toscana soup! Less dishes is always a good thing 🙂

How To Make Zuppa Toscana Soup 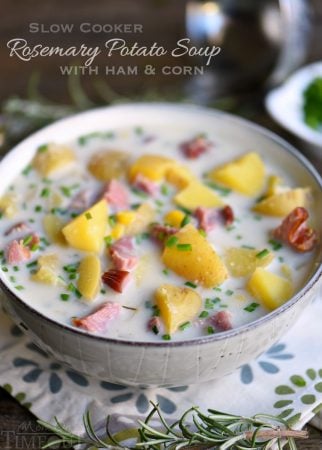 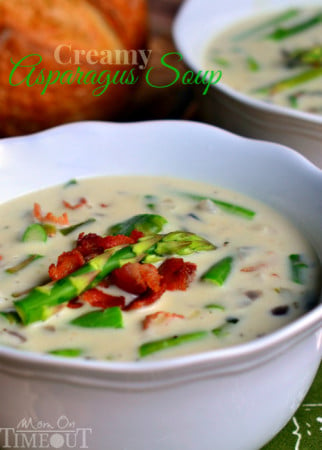 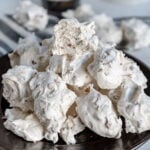 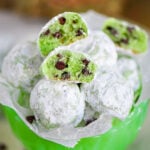 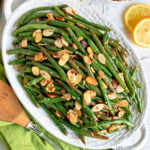 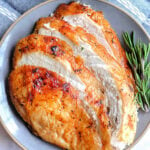 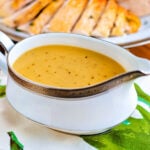