Peanut butter, apples, honey, and cinnamon all rolled up into a “sushi” roll makes for a delicious snack or lunch! These Peanut Butter Apple Cinnamon Sushi Rolls are so much fun! 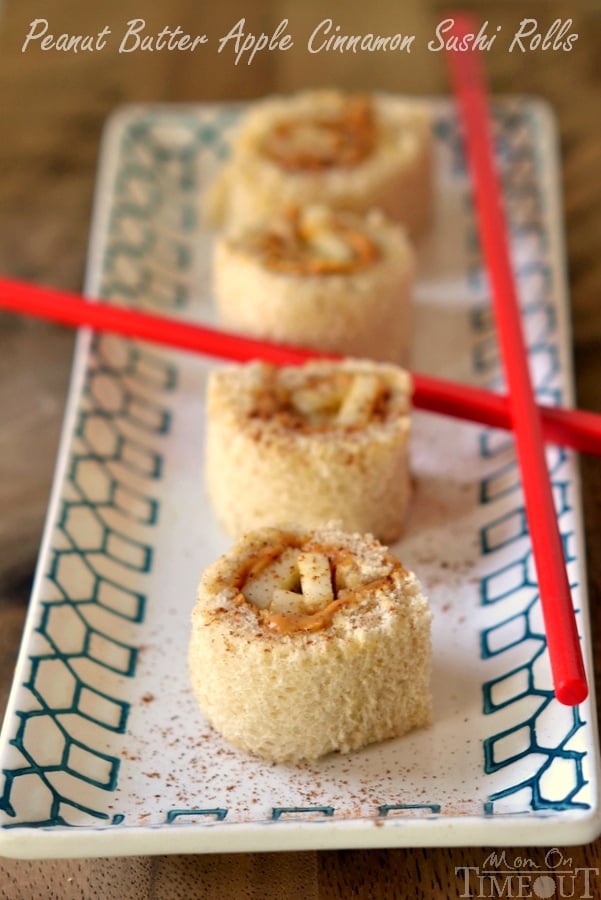 First day of school today! The boys did SO well and I was so proud of them. Me? Not so good. Hard to believe Bryce is already in kindergarten. Dang I’m getting old!

So here’s the thing with kindergarten – you have a choice of whether or not your child eats at school. Bryce is in the morning class so he gets picked up at 11:15 if he’s not eating lunch OR 11:40 if he is eating lunch at school. Can you guess when I want to pick him up at??

Since I’m making a lunch for Reece, I might as well make one for Bryce. At least that’s what I thought until Bryce flat out refused to eat lunch at school. I didn’t want to make a big deal out of it so I was like sure, first day of school you can come home and then maybe the next day you can eat lunch there, right? He’s thinking about it 🙂

He was of course STARVING when I picked him up so I made him sushi. Sort of. These sushi rolls are really peanut butter sandwiches in disguise. The best sort of disguise because they are all rolled up and filled with my boys favorite flavor combinations! 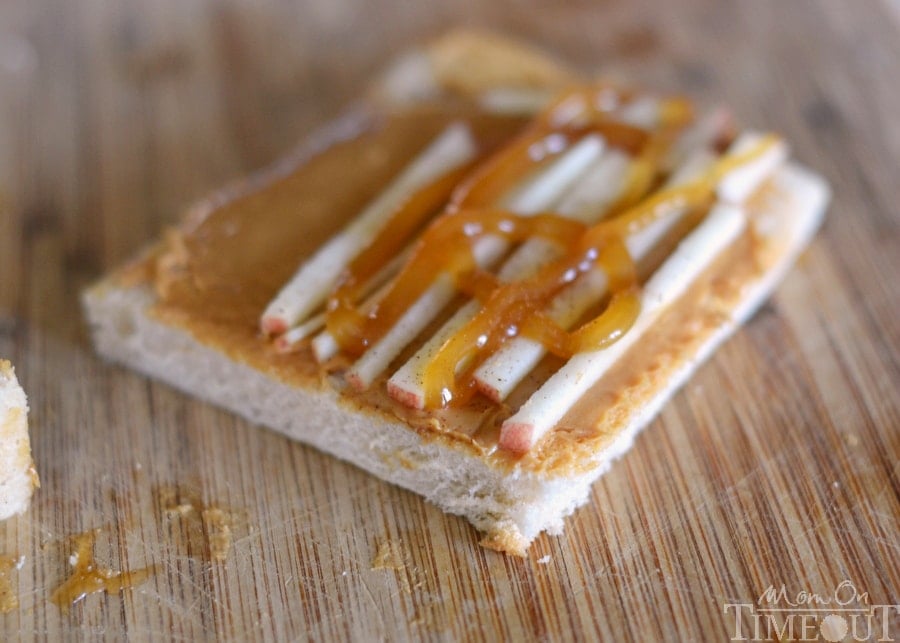 Peanut butter, apples, honey, and cinnamon make for the most satisfying and delicious snack or lunch your kid could ask for. Bryce gobbled down the first 8 I made before I could even get a picture in. They are so yummy and just tons of fun to eat. 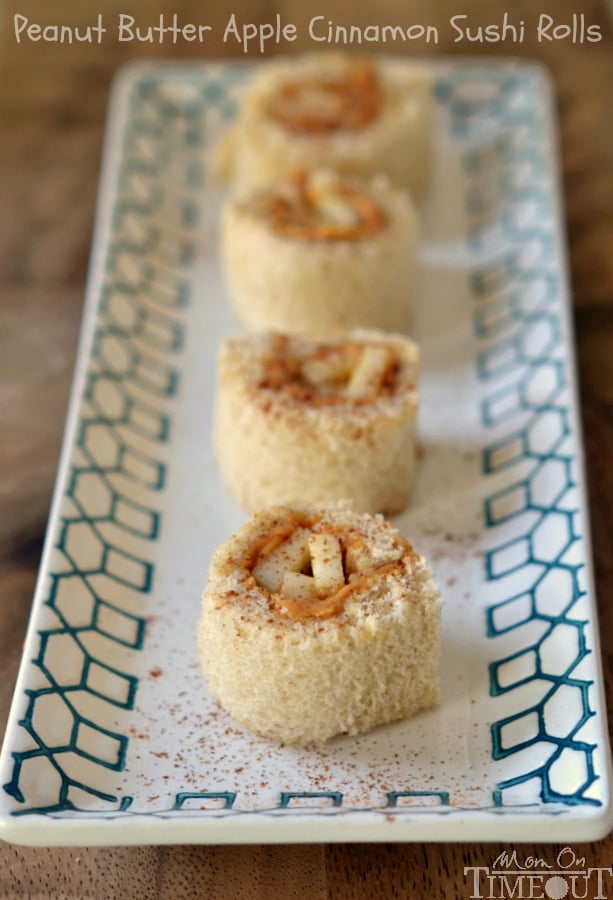 It’s just as easy as making a sandwich but so much better. Just make sure to slice the apples into thin sticks so that when you’re rolling up the “sushi” they don’t give you any trouble. The honey is optional but my boys are HUGE fans of honey and peanut butter together so a nice little drizzle really sweetens the deal – so to speak. 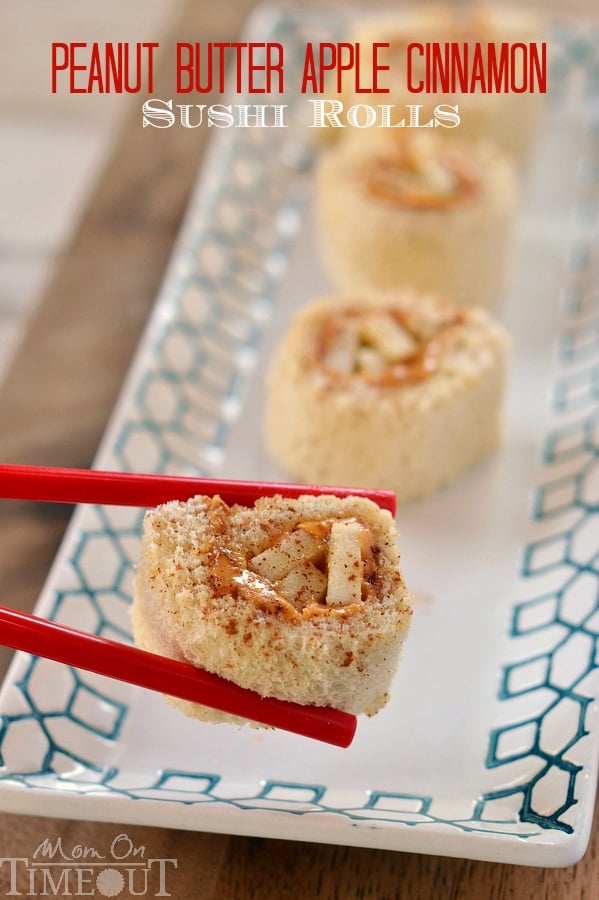 Save your favorite recipes to your personal recipe box with the

button on all my recipes! Create a Meal Plan out of your favorite recipes and the ingredients will automatically be added to your own Grocery Shopping List. 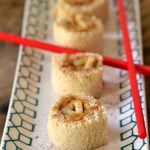 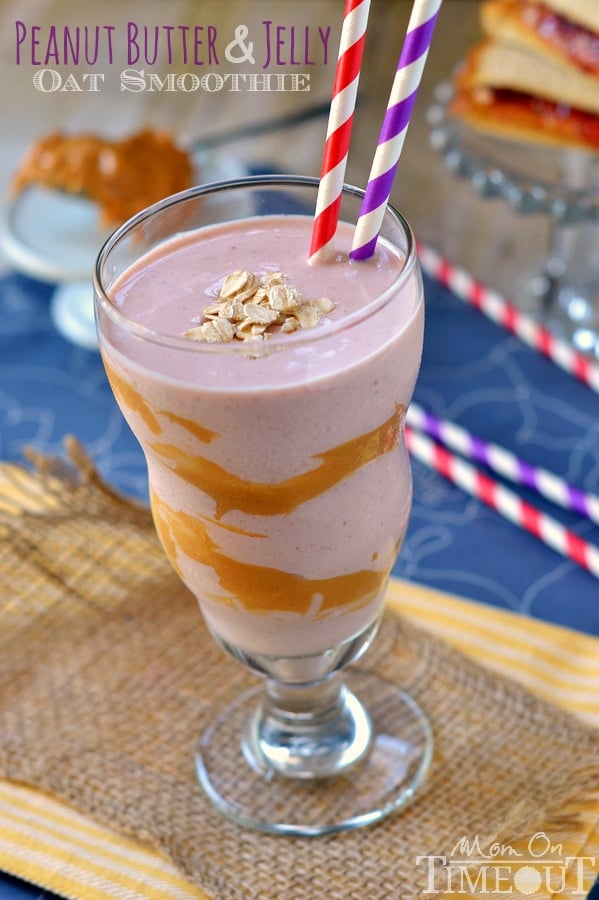 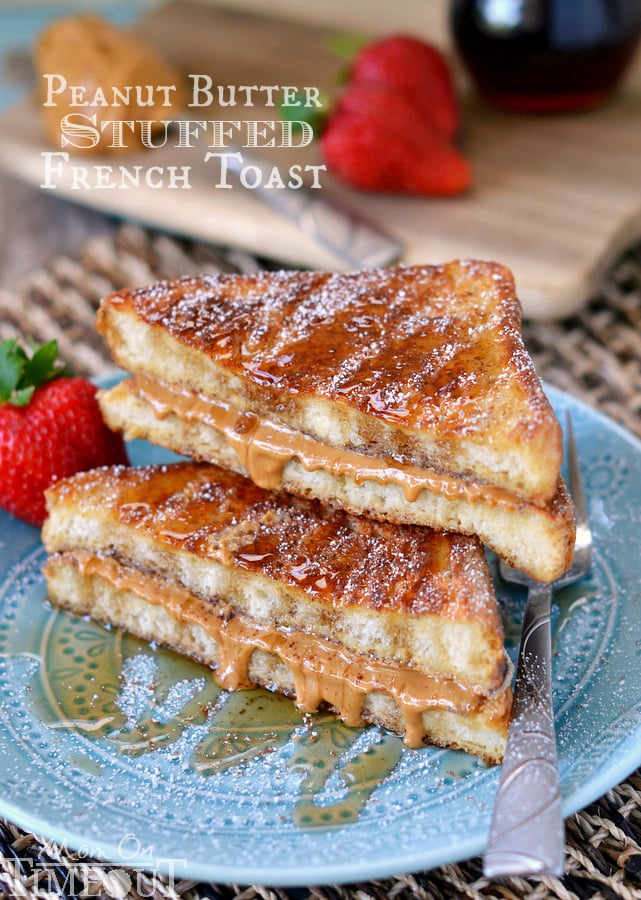 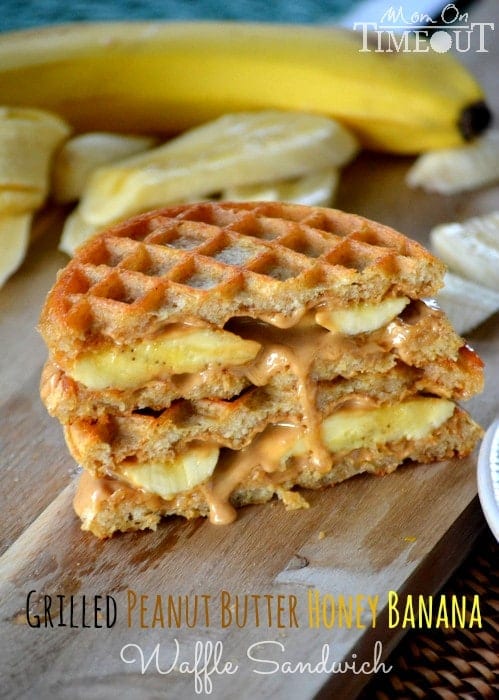 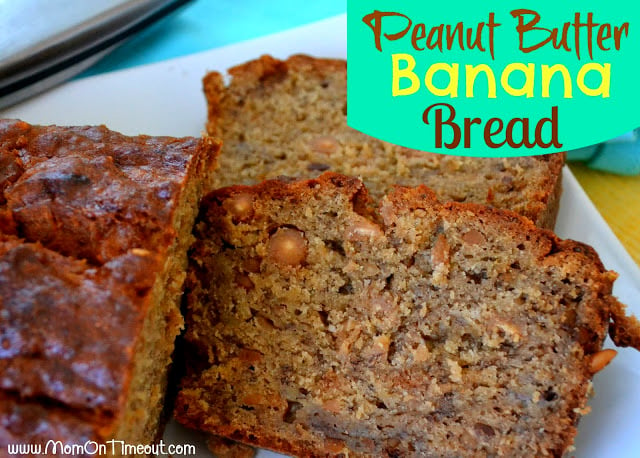 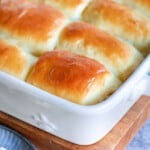 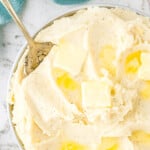