Here is the first pom pom craft as promised! So I’m hoping that you’ve had time to practice your pom pom skills…no?!? Well grab a skein of yarn and get busy! You can refer back to my tutorial here.

This snowman requires three pom poms in graduating sizes – a 1 finger, a 2 finger, and a 3 finger. Does that sound strange to anyone? It does to me and I came up with the terminology – sorry!

Let’s start with the nose and mouth. Cut out a triangle from an orange piece of foam. Hot glue the carrot nose onto the middle of the smallest pom pom. For the mouth, I cut a piece of black yarn and pulled the strands apart and then glued it on with Elmer’s Glue All.

Next comes the two eyes made out of coal. Obviously this is not Frosty because I opted for a carrot nose instead of a button but you could totally use a button. For the eyes I knotted up some black yarn and kept tying more knots until I got the size I was looking for. These I glued on with hot glue.

For the hat I decided to stick with the yarn theme and crochet him a little hat. For those of you who don’t crochet, another fun way to do this would be to make the hat using the technique that I outlined here. Just make the hat black and hot glue some sort of hook to the top of the hat. (If you do crochet and are interested in the pattern just leave me a comment. I just kind of made it up on the fly but I can recreate 😉 )

So here he is all cute with his little hat but he’s looking a little chilly. I thought about crocheting a scarf – next time! I used a ribbon instead and I think he looks adorable! 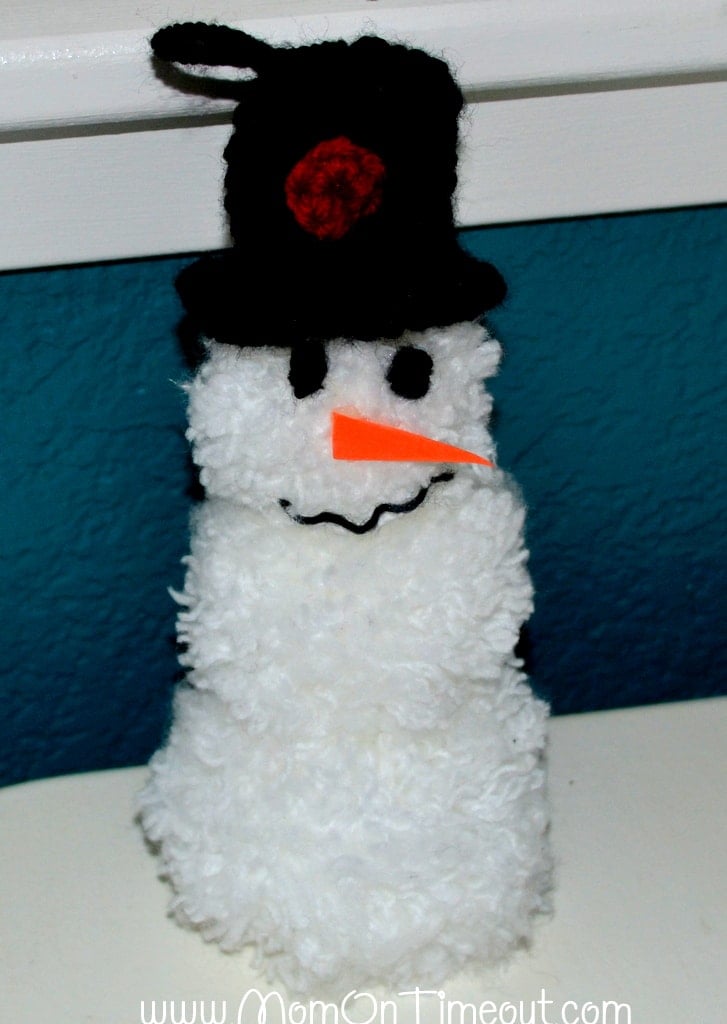 Two great things about this snowman:
1. He weighs hardly anything and so even on a fresh tree he doesn’t weigh down the limb – love that!
2. Can’t be broken!!!! Super awesome especially since Bryce was swinging his blankie around two nights ago and shattered an ornament – ouch! 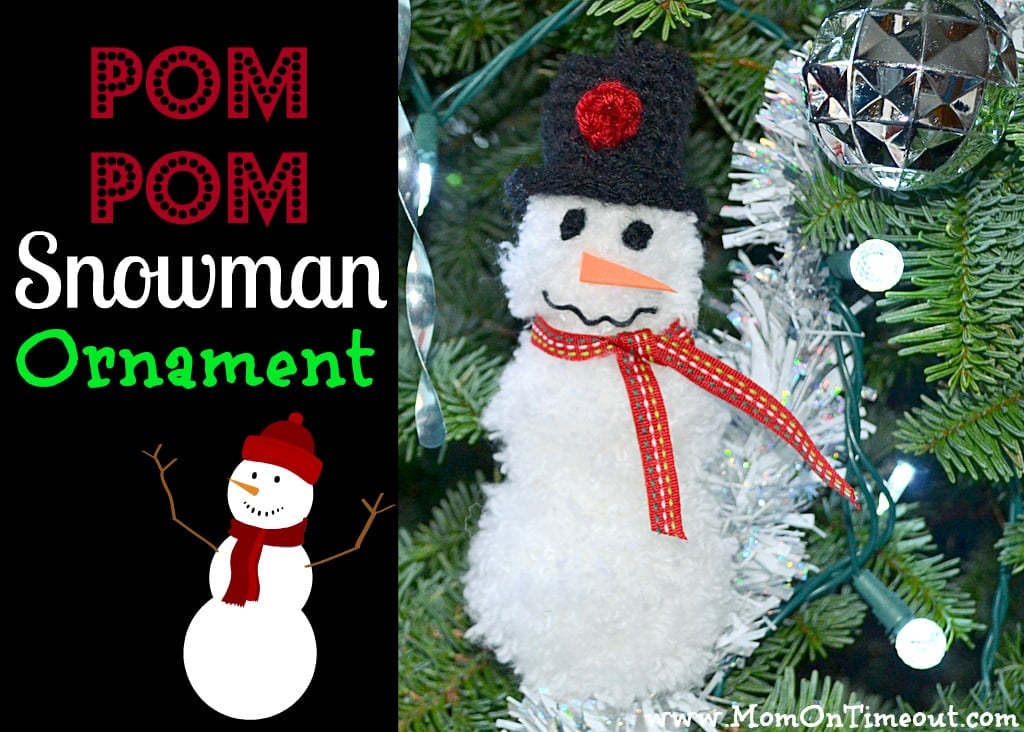 Linking up here, Home Stories A2Z, and My Repurposed Life.